Outfitting Recessed Can Lights: LED Light Bulbs, LED Retrofits, or LED Canless Downlight? - LightUp
Free Shipping on orders of $499 or More
Rebates up to 100%, Find yours now with our Rebate Assistant!

When using LEDs in your recessed can lights, should you install completely new LED housings and trims, use LED retrofit modules, or simply switch out your light bulbs for LEDs?

A customer once contacted Pegasus Lighting with that very question. She wanted to use LEDs in her recessed cans, and asked us about the advantages and disadvantages of LED housings/trims, retrofits, and light bulbs in order to make her decision.

So, our lighting experts went to work crafting an answer. Here's what they had to say:

When Using An LED Lamp With A Conventional Incandescent Housing And Trim...

This option is by far the simplest. Just unscrew that old incandescent or halogen light bulb and replace it with an LED lamp. Depending on the size of your recessed can, you can use PAR-Series Bulbs, BR-Series Bulbs or A-Series Bulbs.

When Using An LED Retrofit Module With A Conventional Incandescent Housing... 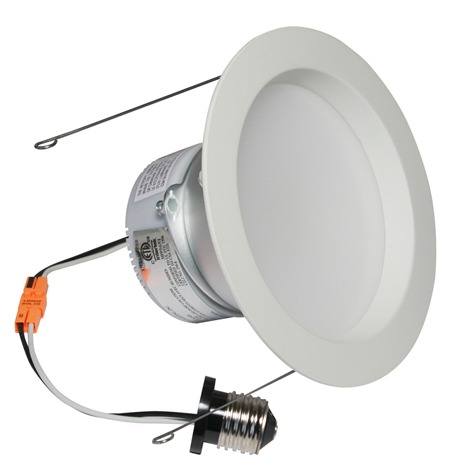 An LED recessed retrofit is a fixture that attaches to your current standard housing, replacing both the old light bulb and the trim. To install, you just need to attach the fixture's base adapter to the existing socket, and secure the light in place with built-in clips.

When Using A Canless LED Downlight...